The eternal mystery of déjà vu

The eternal mystery of déjà vu 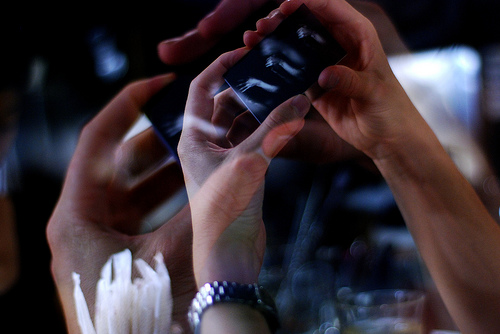 What causes this familiar phenomenon?
Up to 70% of the population has experienced déjà vu at one time or another. People who study déjà vu divide the phenomenon into two different categories:
1. "I've been here before."
People who have never visited a particular town or country may suddenly be gripped by a feeling of familiarity.
2. "I've experienced this before."
The feeling that you have already experienced this exact sequence of events before. These days, perhaps better known as either "Groundhog Day" or "a glitch in the Matrix," depending on your taste in pop culture references.
The most common paranormal explanation for the first type of déjà vu is that it represents the mostly-forgotten memories of a previous life. The place looks familiar because you used to live there, tens or perhaps hundreds of years ago.
I have an otherwise-perfectly-sane-and-rational friend who experienced this type of déjà vu while on a trip to rural England. When she was overcome with "I've been here before" feelings, she stopped and sketched out a map of the entire town which proved to be eerily accurate. She is convinced that she used to live there in a past life, and it's hard to argue with her.
More commonly, strange places that seem familiar may simply look familiar. I recently visited a shopping mall I had never been to before, and I was gripped with a very disorienting sense of déjà vu. But it's simply because every shopping mall looks the same everywhere.
As for the "glitch in the Matrix" type of déjà vu, there are several possibilities:
1. Temporal Anomaly
Time only seems to move forward in a straight line because that's how our minds perceive it. In reality, there could easily be hiccups and backwash in the time stream. Events may seem familiar because you may be just slightly out of sync with the normal flow of time.
2. Parallel Universes
Many well-respected scientists believe in the multiverse, the theory that there are multiple parallel universes. Déjà vu may occur when the other universe overlaps ours, if only for a moment. Or maybe it happens when your double in the other universe experiences the same thing you do, at the same time.
3. Faulty Wiring
There is a perceptible time lag between when something happens, and when your brain registers the event. It takes time for your nerves to respond and fire, and for those signals to travel to your brain and be processed.
Consider this: if you are tapped simultaneously on your face and your foot, your mind registers those taps as happening simultaneously. Even though it takes about ten times as long for the signal from your foot to reach your brain, versus the signal from your face.
Our brains are constantly performing feats of complicated processing in order to account for these delays. Sometimes your brain may simply get it wrong, or it may "stutter" as it lays down the memory of what just happened, causing a sense of déjà vu.
< Previous post:


The mysterious Ouija board