I learned something new from this episode.  I learned how to pronounce the word "cupola," which is a word I've only ever seen in print.  I always assumed it was pronounced just like it looks - "cup" like a cup, and "ola" like "Crayola."  Turns out it's pronounced "coop-ola" instead, with a long U.  Ya learn something every day!

The word "cupola" came up a lot in this episode, because one of the reported haunting was from a former employee, Fred, who hanged himself in the cupola.  Gruesomely, he hung himself at the start of a long holiday weekend, and his body was not found for many days.  At which point, things were apparently pretty bad.

This episode takes place in the "Warson Asylum for the Criminally Insane" which is actually the Norwich State Hospital in Connecticut.  On deck we have Tony Little ("America's Personal Trainer"), Baywatch star Traci Bingham, Ethan Zohn (winner of "Survivor: Africa"), Rachel Hunter (supermodel), and Godfrey (a comedian).

The most recent episode of Destination Truth was really one of the best so far.  If only because their first destination was Petra, which was recently crowned one of the Seven Wonders of the World, and rightfully so.  Petra is incredible, and I hope one day to visit there.

But not after dark!

In one of the tombs, host Josh Gates asks "Is anyone else here?" and a voice clearly and immediately answers "Yes."  Frankly, I would have wet my pants.  This disembodied voice was preceded by throwing a rock at Gates, and followed by the sounds of scraping and clanging metal, like a sword fight.

All three of these items were reported as being associated with the Djinn, who are said to inhabit Petra.  (Who could blame them?  Have you seen pictures?) 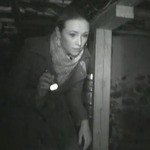 This latest episode felt kind of "meh" after the last few.  Although "Ghost in the Attic" is interesting because the report is of a family which is frightened in their own home.  Whenever this situation arises, I always feel like the TAPS members go the extra mile to debunk everything.  So if they encounter anything which they have to admit is paranormal, then you can be fairly certain it's the real deal.

Sometimes I get hung up on the conflicting information and advice they provide.  Early, during the debriefing, we are told that the family has befriended their ghosts only to see them turn nasty.  "Sometimes they come across friendly just to get your attention and your trust," Grant says.  This frames ghosts as being something like raccoons.  Like, it's all cute and friendly at first, but eventually you're going to get bitten.

Hulu coughed up an interesting bit of entertainment for me over the weekend.  After watching an episode of Ghost Hunters, I noticed that a show called "Celebrity Paranormal Project" was shown at the bottom of the page on the list of "If you liked this show, you might like…" suggestions.

Celebrity Paranormal Project aired on VH1 for one season, 2006-2007.  Clearly it was capitalizing on and riding on the coattails of Ghost Hunters, which first aired on the Syfy Channel in 2004.  In fact, the Ghost Hunters themselves were just at the Waverly Hills Sanatorium in an episode which aired in March, 2006 - a mere seven months before this oddball collection of celebrities stumbled onto the grounds of one of America's most haunted locations.

In this episode, the Ghost Hunters crew travels to California to investigate the haunted reform school Preston Castle.  Am I the only one who thinks the TAPS crew should invest in two sets of equipment, one of which can be left on the west coast?  It seems like every other week they're having to drive back and forth across the country.

I'm not complaining, because Steve Gonsalves is one of my favorite Ghost Hunters, and obviously he's not going to be flying to California any time soon.  But I've made that cross-country trip there and back again once in my life, and once was plenty.  Their gas bill must be absolutely insane.  And I bet they get tired of eating at drive throughs.

This was a fantastic week for ghosts on television, with both Destination Truth and Ghost Hunters hitting it out of the park.  I prefer Destination Truth as a cryptozoology show, but with episodes as creepy as this one, who cares?

In the first half of this week's Destination Truth episode, the team plus guest star Allison Scagliotti from fellow Syfy Channel show Warehouse 13 hoof it all the way out to the remote corners of northern Chile.  My interest is always piqued when these shows do a crossover thing, because there's always the potential for the guest stars having the bejeezus scared out of them.

I had entirely forgotten about the oil panting "The Hands Resist Him" until someone sent me a link earlier this week.  This is something that hit big online in the early days, as brought to fame by the infamous eBay listing in 2000.  I suppose there are a lot of internet users who were too young to have noticed then!

Let's start with the painting itself.  It should be no surprise to learn that someone thought this painting was haunted and/or under the influence of demonic sources.  It is tremendously creepy. 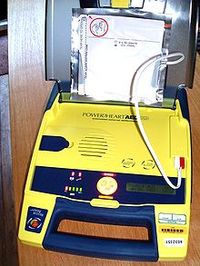 When I was a child, a family member had a brush with death that is now famous in our family. He’s since had others as well, but this one was special in one way: he says that his near-death experience included the whole white light, tunnel, the rest of the near-death shebang that we see in the movies and hear about from various people who’ve almost died.

Though science has given explanations for this experience, many believe that this experience is actually the route to Heaven (or the afterlife, etc.), resulting in a belief in religion, a second chance at life, and perhaps more do-gooding within their lives.

So I have to wonder if Ann Mintram of North Wales experienced this white light and tunnel phenomenon once, or twice, or all 114 times she was brought back to life recently.