If you’ve seen Steve Carell’s hilarious version of Get Smart, you know that the two geeky scientists, Lloyd and Bruce, come up with a very technologically-advanced version of a spy device: a robot fly designed to act like a real insect while gathering knowledge.

It turns out that Bruce and Lloyd weren’t onto something new.

Military scientists are currently developing insect cyborgs, or “cybugs,” to work as mini robot spies. So far, they have been successful controlling flying moths with actual tiny implants. Though they haven’t yet been able to attach miniature cameras to these tiny spies, they’re definitely working on it. 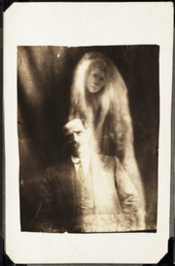 If you’ve ever seen or heard about people who claim to have been attacked by supernatural forces, whether you believe them or not, you know how terrified they are by what they believe has happened to them. A 13-year-old boy who recently confessed to his mother that he’d been beaten by a ghost is one such horrified young man.

The boy, Daniel Wilkins of Hartlepool, UK, was alone and home from school when the incident occurred. He says he was “suddenly pulled upright, dragged across the living room, taken to the front door, and thrown out onto the street.”